Alvar Sirlin is a New York illustrator well known for his soccer portraits in Howler Magazine. But he is also a recreational surfer who can be spotted on the beaches of Long Island, N.Y. when the conditions are right. Here is a look at his sketchbook, which serves as a showcase for Alvar’s ability to capture the sport at its most dynamic.  END_OF_DOCUMENT_TOKEN_TO_BE_REPLACED 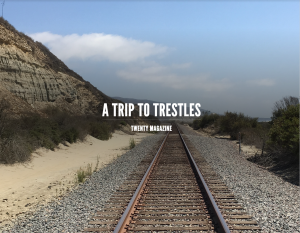 Our Trip To Trestles

Baseball has Fenway Park. Football has Lambeau Field. In the world of surfing a Southern California wave named after a railroad bridge occupies a similar place of honor for those who love the sport. We visted during the Hurley Pro in September. Click here for a view of what we experienced. END_OF_DOCUMENT_TOKEN_TO_BE_REPLACED 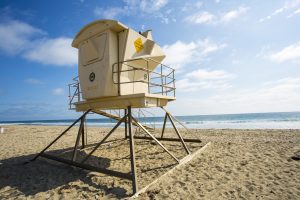 A Trek Through Trestles

Thousands travel to Trestles each year to surf its world-class waves and experience one of the last untouched sections of southern California coastline. We asked California photographer Chris Ortiz to take a visual tour of this iconic American place. END_OF_DOCUMENT_TOKEN_TO_BE_REPLACED 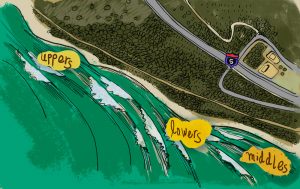 Fifty miles north of San Diego is an expanse of ocean front, sand and cobblestones named after a railroad bridge. How did this spot, called “Trestles,” become the most important place to surf in the continental United States? We thought it would be fun to explore that question in this debut of Twenty, a magazine for anyone curious about the sport of surfing. END_OF_DOCUMENT_TOKEN_TO_BE_REPLACED 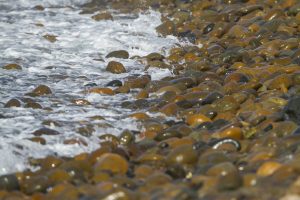 We asked Dr. Falk Feddersen to explain why Lower Trestles is one of the world’s great waves. Not only is he an oceanographer at Scripps Institution of Oceanography, UC San Diego, but he is a surfer who has paddled out at Trestles roughly 10 times. END_OF_DOCUMENT_TOKEN_TO_BE_REPLACED 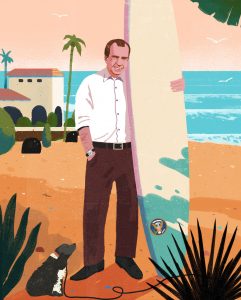 Kelly Slater, just days before his 50th birthday, won his 56th career pro contest at the Pipeline Pro in Hawaii.  He is, by any measure, the most accomplished professional surfer in the world. It is difficult now to imagine him as an unproven 18-year-old in search of his first pro victory. But that’s who Slater was in September 1990 as the Cocoa Beach, Fla., high school senior traveled to California’s Lower Trestles to compete for what was then the richest first place prize at the Body Glove Surf Bout III. What happened next forever altered the sport of surfing. END_OF_DOCUMENT_TOKEN_TO_BE_REPLACED