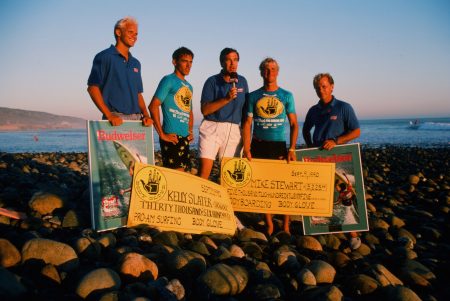 Go below the surface of Kelly Slater’s first pro win with this addendum to “A New Beginning.” END_OF_DOCUMENT_TOKEN_TO_BE_REPLACED

Kelly Slater, just days before his 50th birthday, won his 56th career pro contest at the Pipeline Pro in Hawaii.  He is, by any measure, the most accomplished professional surfer in the world. It is difficult now to imagine him as an unproven 18-year-old in search of his first pro victory. But that’s who Slater was in September 1990 as the Cocoa Beach, Fla., high school senior traveled to California’s Lower Trestles to compete for what was then the richest first place prize at the Body Glove Surf Bout III. What happened next forever altered the sport of surfing. END_OF_DOCUMENT_TOKEN_TO_BE_REPLACED